Sixteen-year-old Lorena is a science nerd at a time when girls don’t do science. It’s 1962 and the message from President Kennedy’s Committee on the Status of Women isn’t well received in her conservative community. Lorena plays the roles expected of a good girl. She’s Lorena to her teachers, Lor to her friends, and Reenie to her Dad. She can’t make her parents understand why she doesn’t want the traditional role of teacher, nurse, or secretary like her older two sisters do. Her cousin Ronnie understands her dreams, but her best friend Carly is so confident of Lor’s abilities in science, band, school, and life that she doesn’t really listen to Lor’s worries. Then Lorena’s home burns and Carly gets sent to Oklahoma to help an elderly aunt. Carly has an emergency appendectomy - except community gossip says something else, something too awful to name. Lor deals with so many crises she’s about to give up on her dream when help comes from a totally unexpected source. Never in her wildest imagination would she have predicted the end of the crazy, rad summer of 1962.


GIRLS DON'T
Posted by JC Ragland at 9:03 AM No comments:

His dad threw rocks, spiteful words, and a pitchfork at him. His mother told him he should have been stillborn. John A. Garrison vowed he would never be poor again. Being poor left you at the mercy of mean people.
~ available in softcover, Kindle, NOOK May, 2016 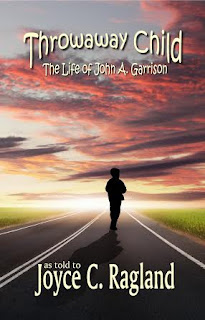 Posted by JC Ragland at 8:55 AM No comments:

I am thrilled to be a contributor to the fabulous book, ELLEN published by Progreso Publishing Group, LLC. The book is a collection of stories and essays to honor Ellen Gray Massey and is available for Kindle, or as a paperback as of April 7,2015. 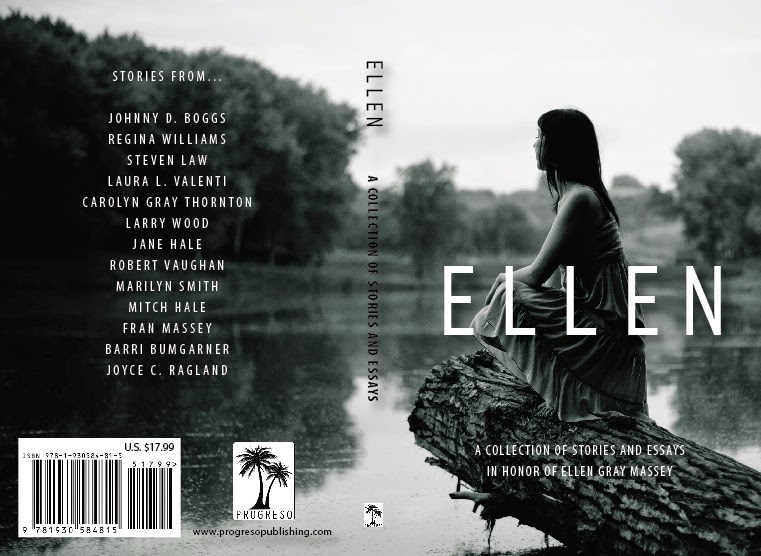 http://www.amazon.com/gp/product/B00VOGPS56?ie=UTF8&camp=1789&creativeASIN=B00VOGPS56&linkCode=xm2&tag=readwest
Posted by JC Ragland at 11:37 AM No comments:

TRAVEL IN THE SIXTIES anthology 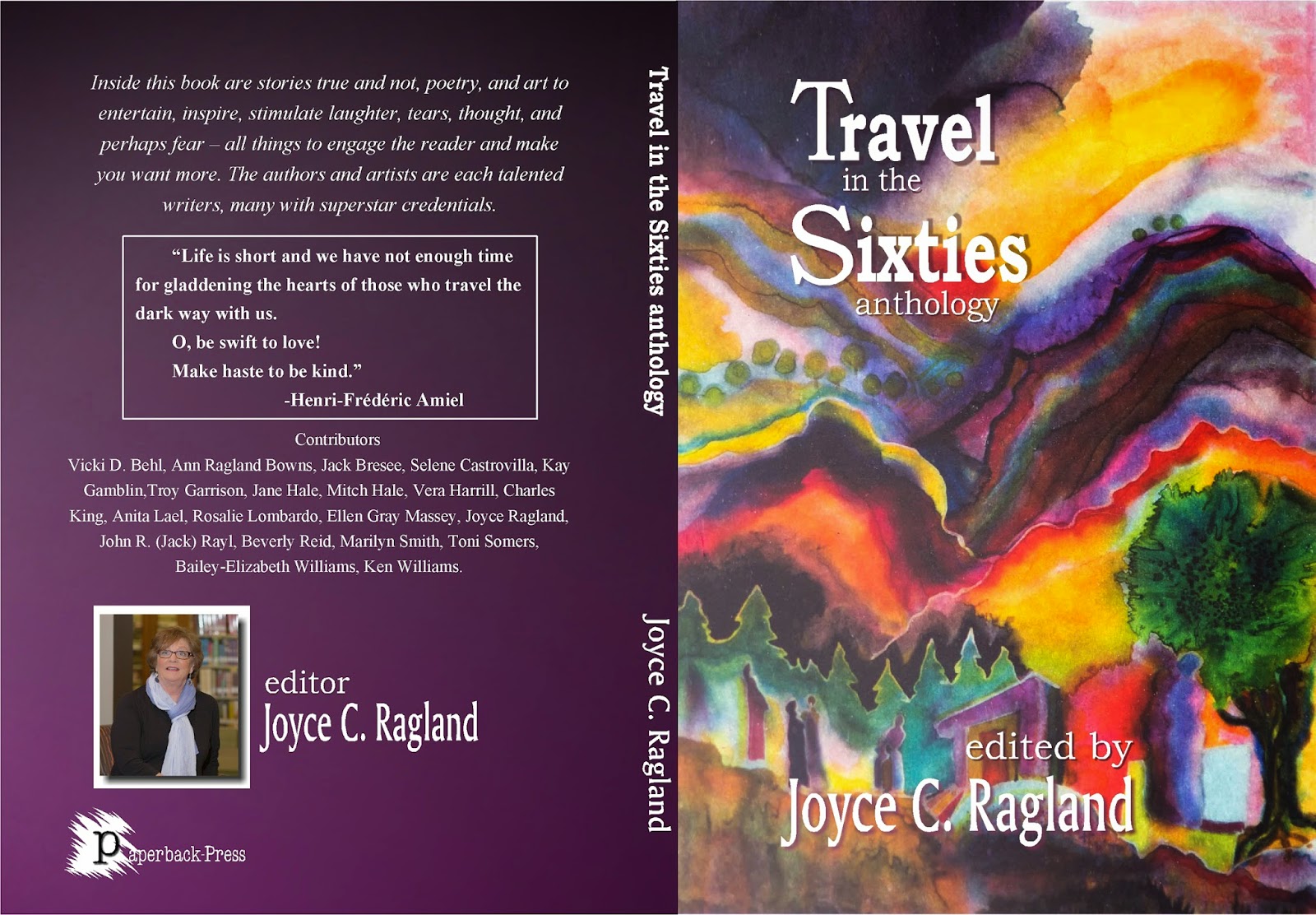 Travel in the Sixties

Travel in the Sixties is a collection of nonfiction and fiction stories, poetry, and art available in paperback and ebook formats.
http://www.amazon.com/Travel-Sixties-Joyce-C-Ragland/dp/0692316876

This is a benefit project. Purchase of the book is a contribution to the Ella Ragland charity that funds projects for local Alzheimer’s patients.

TRAVEL IN THE SIXTIES paperback (193 pages) is available from any bookstore (by special request) or order from Alibris.com or Amazon.com. ISBN 9780692316870

Ebooks available for NOOK and Kindle.

The Ella Ragland Art Company is a 501 (c )(3) company, with state and federal tax exempt status. It was founded in 2005 by Joyce Ragland, Ella’s daughter, as a way to channel funds directly to local Alzheimer’s patients. All company officers donate their time and facilities. To date, we have funded music and art projects for Alzheimer’s patients in skilled care facilities in Lebanon, Marshfield, Buffalo, and Springfield, Missouri; we've also provided small grants to Music Therapy students at Drury University.

FRED comes out of retirement!

FRED came out of retirement this spring thanks to the skills of Paul Coryell, his engineer-designer and sidekick Phillip Foust. The guys brought FRED to my April book promo booth at the Marshfield, Missouri Cherry Blossom Festival, and to my May book signing day at Whimsy store in Lebanon, MO.

My Cherry Blossom Festival booth was inside the old high school gym, with vendors' tables lined up the length and breadth of the gym. Paul and Philip installed a freshly charged battery in FRED, put a new rubber band in his robotic arm, tucked my sign under his arms and sent him up and down the aisles. He was a hit! At one point, Paul was pummeled with questions from a couple of curious kids about FRED as he stood in the bleachers with the controller. As FRED boogied up and down the aisles, Philip substituted a beach ball for my book sign. One little guy in a wheelchair (that had light-up wheels) followed FRED and a super sweet encounter happened when Paul, high in the bleachers, made FRED stop and whirl around so he and the wheelchair little boy were face to face. The little guy let out a whoop - so excited!
Mr. Gibson, the teacher during the FRED year at CHS joined us and Paul and Phillip had a catchup reunion with him. Great fun! It was thrilling to see FRED come alive again, and to hear about Paul and Phillip's college experiences.
Next author signing, Springfield, Missouri's First Friday Art Walk in August, 2014. 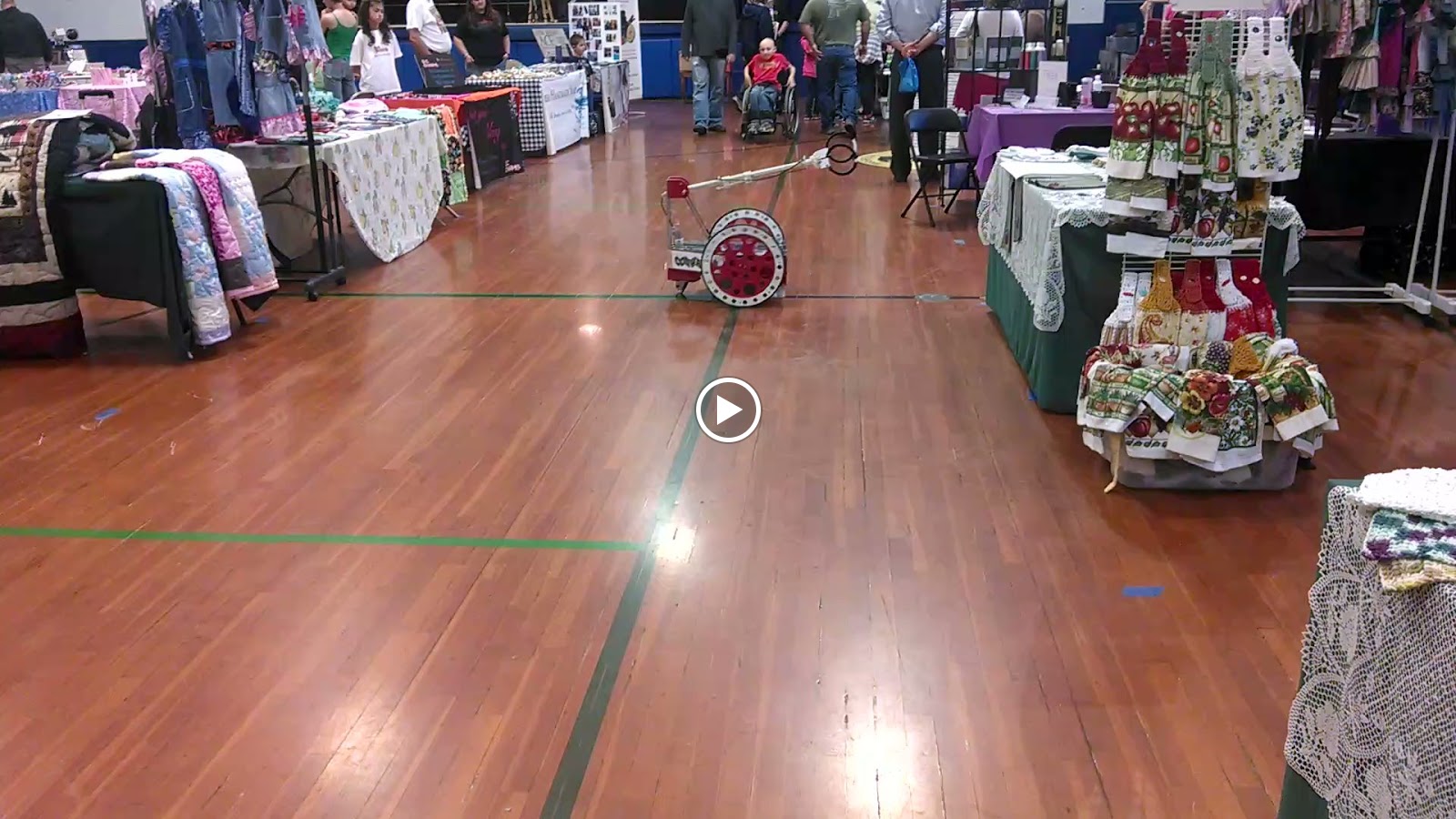 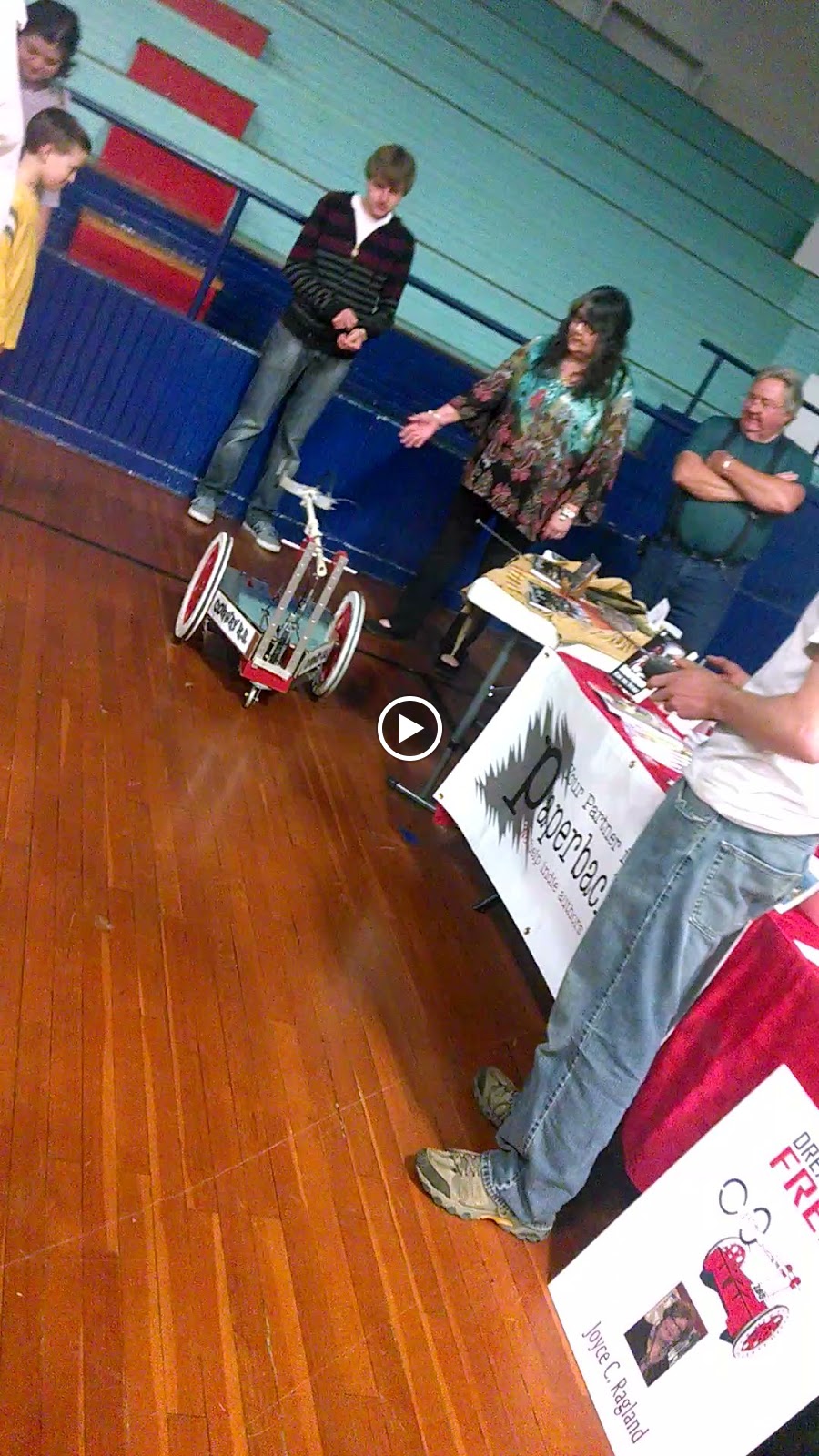 Writing a nonfiction book requires extensive research. I followed the Conway, Missouri Robotics Club for a year following their national championship. I went to Kickoff Day, robot design/planning sessions, observed and took notes of group discussions - which included arguments as well as thoughtful questions, watched the robot building process and went to the Hub and Regional competitions. At school, I talked with students individually, went to parents homes for interviews, talked with the school superintendent (the principal wouldn't talk to me) and a few community members who supported the CHS Robotics Club. At the end of the research year, I had a ton of notes and pictures of the robot driver team and the competitions. What I did not have, however, was enough data about the required mock corporation that BEST required. Oops!  How did that happen? I began the research year focused on the robot, which was the focus of the Robotics Club sponsor. He had been the supervisor for the robot for a few years and in all fairness, in my first interview of the year, he mentioned the mock corporation and the girl who did the majority of the work on that component. He also said the teacher who usually sponsored that part was no longer available. His excitement focused on the robot, the boys who designed and built it and I did too.  My bad. I wasn't the diligent reporter digging for all facts until late in the year so missed taking pictures and notes about the corporation component during the research year.  As I began writing the book, I realized my lack of data about the mock corporation was a big problem. How could I make up for that? Near the end of the school year, I tried more than once to schedule meetings with "The Women of FRED."  They didn't show, for whatever reason. So I started writing without any of their individual comments other than very brief time at competitions. During my third manuscript revision, where I'd decided to write first person, I was stuck. Racked my brain, dug out phone numbers and set up a series of meetings with the girl that Mr. Gibson identified as his main helper for the mock corporation. She was enthusiastic about the book and readily agreed to meet and talk. Now in college, Ceira and I had lunch for as many sessions as I could work in with her busy school and work schedule. The time was worth every penny. I gained a year's worth of data in a month of approximately hour long lunch sessions. We'd eat and talk, then she would look over my latest chapter draft and tell me which parts were right on and which were not. It wasn't the best organized research plan up front, but we made up for lost time. The only thing I still regret is the loss of photographs because the school took down the web site at the end of the FRED school year. I attempt to make up for that in the Dread the FRED book, by painting word pictures of the mock corporation.
Posted by JC Ragland at 9:20 AM No comments:

Book promotion: a mystery wrapped in an enigma and likely lodged in cyberspace

More than 100,000 students in grades 1-12 are involved in robotics activities each school year - worldwide. How do I reach them as a potential audience for my creative nonfiction book about the fuel?  Dunno, but I'm going to give it my focus for 2014. Enough people that I trust have read Dread the FRED since it's November 23 launch and gave excellent reviews, that I'm encouraged to throw much more energy into promoting the book. I believe in the book, the story about real people who overcame huge obstacles to reach a goal they didn't even dare dream of, that I'm devoting precious time and energy into yet another new area. Promotion. This is a mysterious area, a little scary, but not totally daunting. I'm sure I'll make some wrong turns, but eventually, I will reach my goal.
Stay tuned. 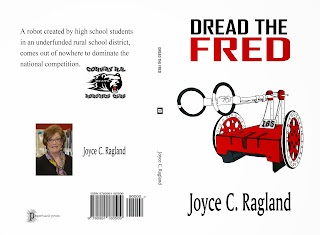 JC Ragland
DREAD THE FRED and THROWAWAY CHILD are available from Amazon.com, Barnes & Noble.com, Kindle, NOOK, or ask any bookstore to order. All three books - FRED, THROWAWAY, and the bilingual (English-Spanish) CUPCAKE PUPPY are also available from the author. About my bio: January, 2011 I received an opportunity that is most exciting. I'm the Regional Advisor for SCBWI-Missouri, working with amazing, brilliant writers in Missouri and also worldwide. In 2014, I retired (again) to do creative writing of fiction and nonfiction MG, YA, Adult - and grant writing for my NFP. To "give back" to my community, in 2005 I founded a 501 (c)(3)company. It seemed the right thing to do ~ I'm doing fund-raising and writing grants to help Alzheimer's patients.